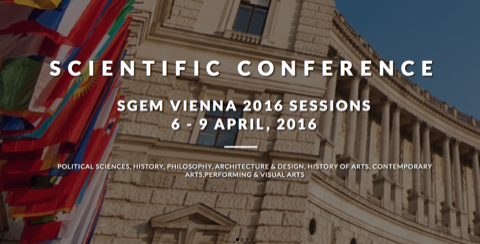 The Institute of Literary and Artistic Communication, Faculty of Arts
Constantine the Philosopher University in Nitra, Slovakia

Reception-aesthetics of music and archaeomusicology Interdisciplinary overlaps and methodological inspirations

The paper presents an interdisciplinary cooperation between the Slovak archaeomusicology and the aesthetics of music. A link between both disciplines is a specific methodology of musical aesthetics – reception-aesthetics of music. It was formed within the Nitra School, the honourable person of which was Anton Popovič. Besides the fact that he was a pioneer in translation studies, he also formulated the theory of metatext which has, along with intertextuality, become a significant category not only of artistic texts, but also of communication as such. The common platform of reception-aesthetics of music and archaeomusicology consists in archaeomusicological research criteria, as formulated by Cajsa Lund. The classification of the subject of archaeomusicological research is based on the category of sound, not music. It is actually sound and not music that is also a basic category of reception-aesthetics of music. Both scientific disciplines face a common problem – why is it necessary to specify the subject of research in the fundamental level of sound and understand the notion of music as a specific form of sound expression? Each of the disciplines offers its own arguments which are surprisingly close to each other and analogous.

The Institute of Literary and Artistic Communication, Faculty of Arts
Constantine the Philosopher University in Nitra, Slovakia

This paper extends the methodological framework of aesthetics of music towards reception aesthetics and the Nitra Theory of Translation of Anton Popovič. This methodology may be used also for interpretation of music with special emphasis on intertextuality, explaining different approaches of Slovak literary and musical science to pastiche. Pastiche has a great artistic value for literary science; however, it is not paid any special attention by musicology. Traditional interpretation of music is verified primarily based on compositional aspects of music. For the present time, however, an important and determining factor is also the very way of music’s existence: ways of creating it and ways of listening to it. Interpretation of contemporary music should also consider reasons and motivations for realizing music. The works of post-modern musicians contain a wide variety of music types from assorted performances through various types of improvised compositions to concert classical music pieces. Interpretation of individual pieces goes beyond traditional rules, i.e. primary meaning of theoretical analysis upon which interpretation positions may be based. It appears that instead of the primacy of theoretical analysis, a reception approach to the given music is on the rise. It is important to be familiar with the situation in which music naturally “lives” and only then proceed to its interpretation. The results of theoretical analysis only may be misguiding and may imply inadequate results.

International Colloquium-Methodology and Theurgy of Hermeneutic Interpretation...
Scroll to top